One of the greatest challenges vehicles face is the inclemencies of weather and the passing of time. The biggest issue that can arise from constant exposure to outside weather, is the forming of rust all over the metal structures of the vehicle.

Some say that rust merely affects the paint and appearance of the vehicle, but rust progressively worsens over time, and if not taken care of it can even compromise the integrity of the frame, affecting the safety and stability of the vehicle.

In the case of trucks, the exposure to outside weather conditions is considerably increased, as trucks often spend long hours on the road, back and forth between constant traveling to deliver all the goods. 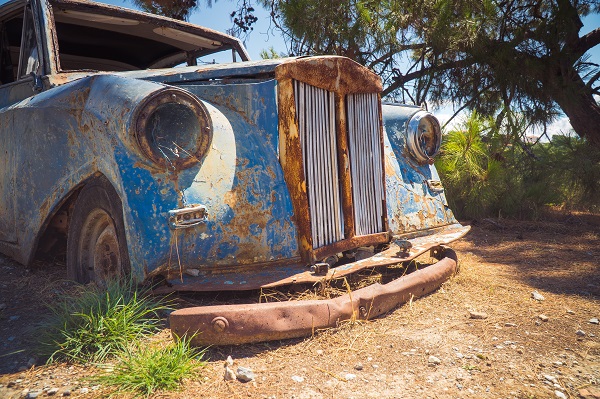 And with so much time spent on the road, it is vital for drivers to keep their trucks in top shape, prioritizing safety and stability! If the frame of a truck gets damaged by rust, it can result in a weakened structure that might be unable to withstand the weight of the goods it’s transporting. Taking care of rust as soon as it appears is a case of safety rather than appearance for truck drivers!

Because removing rust can be a difficult and strenuous task, we recommend using rust converters instead of rust removers, to let the magic of chemical reactions do the work for you!

Below, we’ve compiled a list of our top picks for rust converters that work on truck frames, as well as a helpful buyer’s guide to give you the ins and outs of choosing the best product!

If you’re in desperate need of a rust converter to get rid of the rust on your truck frame, and maybe you’re on a tight schedule so can’t get the research done yourself, we recommend you go straight to our number one choice!

The Corroseal Water-based Rust Converter is an excellent top choice from a trustworthy and successful brand, known for industrial products that work efficiently for a great price.

This rust converter is extremely easy to use and not only gets rid of existing rust but also protects and primes the metal to lengthen its lifespan and better its condition.

Here are the main features that make it our top recommendation for you:

Corroseal is a successful and highly recommended brand that is known for its strong industrial products, usable across many different professional fields.

Its water-based rust converter is an excellent choice for keeping your truck frame in top condition, as it easily gets rid of rust patches and can help prevent any new emerging ones.

The water-based formula allows it to cover large areas of rust, with excellent results for a great price, which is what makes it our number one top choice.

Very easy to apply, it prides itself on extending the lifespan of the metal it is applied to, thanks to its latex metal primer finish.

The Evapo-Rust Super Safe Rust Remover, as indicated by its name, is super safe to use. It does not cause any fumes or strong smells, making it a lot safer to breathe and be around, and it doesn’t contain any solvents, bases, or acids.

The water-based formula it uses is made with non-toxic and biodegradable materials and has been perfected over time by skilled pioneers with a thorough understanding of the rust and its conversion. Inf act, Evapo-rust prides itself on having a formula that can’t be duplicated at all!

Completely safe and environmentally-friendly, you can use this product on your truck frame without even having to put gloves on!

Easy to use with efficient results, it’s a great choice for getting rid of rust as soon as it appears.

The FDC Rust Converter is a great option for those that want to save time and effort, as this product can cover up to 500 squares of non-porous surfaces while being sold for a really economical price, 1 gallon at a time.

It can be applied with a brush or a sponge and is apt for most metal objects including truck frames. What stands out about this rust converter is that after converting the rust it seals the area away to keep out moisture, therefore preventing further rusting.

So, not only are you getting rid of rust in large areas, but you’re also adding a layer of protection that’s highly efficient in avoiding any kind of re-rusting.

The GEMPLER’s Eco-friendly rust converter is one of the most sought after rust converters in the market nowadays, as it has proven time and time again to deliver satisfying results, becoming a favorite for many customers.

It gets rid of rust by converting it, restores the metal frame to its original quality, and adds a layer of protection to prevent any further rusting!

It can be easily applied using a normal wire brush, covering a good amount of surface. It also has a water-based formula that’s non-flammable, making it eco-friendly and safe to use and apply!

Permatex is a great and trustworthy brand with many decades of experience in leading the market when it comes to efficient and safe to use chemical products and substances.

The rust treatment it offers is a customer favorite, with a highly efficient formula that they prefer to keep in secrecy.

It can be applied easily, either by spraying it or by using a brush, and it gives the are a smooth finish, ready for painting.

The formula also allows for it to be used with body filler and fiberglass! The rust gets converted within minutes, which makes it a great choice for those in a hurry, and it proactively primes the area to protect it against any further rusting.

Rust converters have become the most efficient, easy to use and cheap option in the market nowadays for getting rid of rust, be it on your truck frame or on any other metal material that gets rusty over time.

With a vehicle such as a truck, that will inevitably do many hours on the road, it’s almost impossible not to see rust appear over time. It is caused by the exposure to outside weather conditions and worsens over time, even causing weakness in the structure of the metal frame, which can lead to severe safety issues when driving a big truck.

Instead of removing the rust, which can be a difficult task, it’s far easier to simply apply a rust converter, that will use a chemical reaction to turn the rust into an inert material that you can then paint over; all the rust gone just like that.

However, with so many different products claiming to be the best at converting rust, which choice is the best for you? There are a few key features you can take into account when comparing the different brands and types of rust converter, making sure you achieve the results you are after.

Some products can even prevent re-rusting, priming the surface so that it’s protected! To help you get acquainted with the different concepts and features you need to look out for, we’ve compiled this little buyer’s guide!

Rust converters are products designed to make dealing with rust a lot easier, so it sure is important to make sure it’s easy and hassle-free to apply! Rust converters can be applied in two ways: by being sprayed onto the desired surface, or by using a brush and painting them on.

Depending on your preference and the type of surface you are applying it to, you can choose on or the other. Some products can only be applied in one of the two ways, so make sure you check that in the product description so it suits your needs.

It’s also important to check the capacity of use that it has. How much quantity does it come in and how much surface will that cover? You don’t want to be half way through the job only to find that you don’t have enough product to get rid of all the rust, right?

Some products are designed to be able to cover more surface, although that may affect the thickness of the layer and therefore the efficiency. For truck frames it’s recommended to opt for products with a good coverage for large areas, preferably those that are sold in 1 gallon bottles!

Rust converters work by triggering a chemical reaction that turns the rust into an inert material, so a lot of the products contain different types of chemical products that can be quite toxic.

With these kinds of things, it really is a major plus if they can provide the same results while using less toxic materials in the formula, to make it safer to use and friendlier for the environment.

There are plenty of eco-friendly rust converters that are biodegradable, and some rust converters pride themselves in using non-toxic formulas, making them super safe to apply and use! This can always be checked in the product description, by looking at the formula ingredients!

Like most chemical products, rust converters can leave a bit of a mess when being used. It’s a bit of a hassle to have to be weary of whether you’re staining the workspace or whether the product is getting everywhere when you’re applying it to your truck frame.

Especially as a truck frame is quite a large surface to be applying a product to! So whether you’re spraying it on, or applying with a brush, you should be able to rest assured that the product can be cleaned up after its use.

Most rust converters can be cleaned up with soap and water, or by gently rubbing a sponge on the area they were used on. However, this isn’t always the case, so it’s a good idea to check the product description or ask about the clean-up process!

You’ve used your rust converter to deal with the rust on your truck frame, and you’re ready to drive on. Now what? Rust can reappear quite easily, as the outside conditions the truck is exposed to aren’t going anywhere.

It can be very frustrating to have to constantly re-apply rust converter, so it’s amazing when the product you’re using also adds a layer of protection against re-rusting.

Some products prime the metal and seal it off from the outside conditions, therefore ensuring that it doesn’t get rusty again, or at least for a while! It’s a great feature to look out for as it will 100% save you time and money in the future.

How does rust converter work?

Rust converter triggers a chemical reaction in the rust, turning it into an inert stable black protective product thhat can easily be painted over. It essentially turns the rust into a harmless material, that can then be covered as if it was completely gone.

This depends on the location where you’re attempting to pass inspection and on the severity and quantity of the rust on your truck frame. If it’s surface level, it might be okay as it will just be an appearance issue.

However, if the amount of rust is severe, it may have weakened the structure of the frame and will therefore be unsafe to drive or pass an inspection.