The battery of the car is what provides the power to the engine. This is vital for your car to start, but also for other electrical components such as lights and the radio.

While disconnecting a car battery yourself may seem like an intimidating task, it is quite simple to do once you know how.

There are many reasons you may need to disconnect or remove the battery, and this article will teach you how to do it quickly and safely.

One of the main reasons is due to wear over time. As the battery ages, hydrogen gas is released from the battery acid. This can cause corrosion in the battery. If this happens, you will need to remove it and clean it.

If your car is left inactive for extended periods, your battery will wear out and you will need to remove it and recharge it.

Let’s get into the details

It is vital to ensure your car’s engine is turned off and the key is removed from the ignition before you touch the battery. This is because massive quantities of electricity run through the engine.

Leave the drivers door open as the car can lock automatically when the battery is removed. 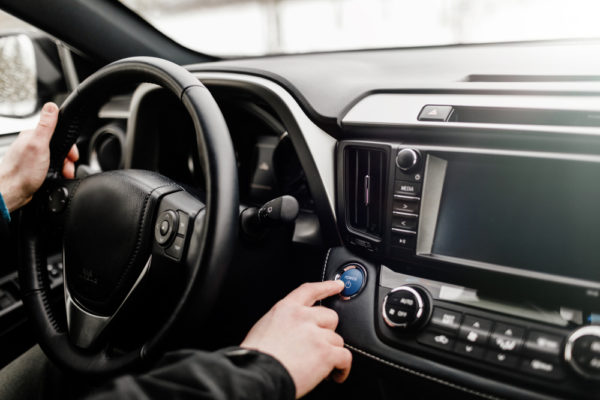 Ensure you are not wearing any metal jewellery as these can give you a shock if they come into contact with the battery.

Remove the battery outdoors or in a well-ventilated area as the gases released from the acid can be toxic. Ensure the area is dry too, as we all know electricity and water are not a good mix!

It is also a good idea to wear safety goggles and gloves when handling car batteries. This is because there are many corrosive chemicals in batteries such as acid that can be very harmful to your skin and eyes.

Open the hood of the car using the button or hood lever located near the steering wheel. Some manufacturers put the battery in the trunk of the car, or under seats, so it is a good idea to refer to your owner’s manual if you are unsure.

Use the rod in your hood to keep it open while you are working.

The car battery should be easy to spot in the bonnet. It is a large, black rectangular box connected to a black and a red terminal.

There are 2 electrical terminals on the top of the battery, a positive and a negative. The negative is usually covered with a black plastic hood, and the positive red. There is also likely to be a minus (-) sign next to the negative connector post and a plus (+) sign near the positive.

It is important to disconnect the negative terminal first to avoid hurting yourself or your engine.

What tools do you need?

You will need a socket that fits the nuts on the electrical terminals. Test a few options to find one that fits securely around the nut so you can gently loosen it.

Attach the socket to a wrench and potentially a wrench extender if the nut is difficult to reach easily.

Fit the socket over the nut on the negative terminal, and rotate in a counterclockwise motion. This should not take more than a few turns before the nut comes loose. Once it has been loosened, reach in and unscrew it fully with your hand. Do not do this unless you are wearing safety gloves.

Once it’s loose, pull the connector off of the battery and move it aside so it cannot come into contact with the battery, even accidentally.

In rare cases, the cable may have become stuck to the battery post. In this instance, you will need a special battery cable removal tool to fix it. This is best done by a qualified mechanic at an auto store. 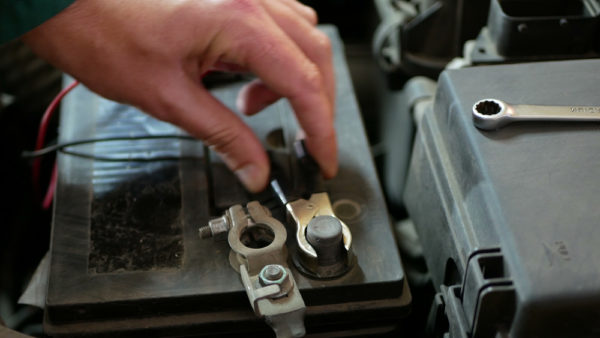 Repeat this process with the positive terminal. Once you have disconnected the positive connector, don’t let it touch any metal in the car. This is because there will be a residual current running through the cables which could short the circuits in the car if it touches metal.

Once you have disconnected the two terminals, unscrew the brackets that are holding the car battery still.

Car batteries can weigh anything up to 40lbs so do not be afraid to ask for help if you need it. 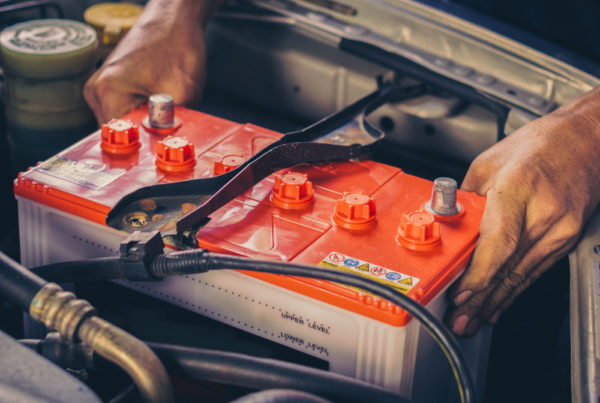 Put the battery on the tray and refasten the clamps around it.

Reconnect the positive cable to the positive terminal first, then repeat this for the negative terminal. Ensure that you have tightened the nuts securely to keep the battery connected properly.

Close the hood of the car and turn the ignition to ensure you have done the process correctly.

Why do I need to disconnect the negative terminal first?

This is not so much a necessity as it is a precaution. The positive terminal can generate an electric charge if it touches metal, which can give you a bad shock.

What happens if you connect the positive to the negative terminal?

This will cause a massive surge in electrical current across the battery. This means that it will heat up very quickly and a lot of hydrogen gas will be created.

The temperature can cause the battery to melt internally and externally, and the pressure can crack the plastic casing. This can then allow hydrogen gas to escape which can ignite due to sparks, causing an explosion.

How long does a car battery take to charge?

A midsize car battery will take between 10 and 24 hours to fully recharge.

After 2-4 hours you will likely be able to start the car.