However, sometimes the time comes where you need to remove the sticker from your windshield. For anyone who has tried to do this before, you’ll know that it’s much easier said than done!

Stickers are often left on the windshield for years, in blazing sunshine that bakes the sticker to the glass so well that it’s seemingly stuck forever. 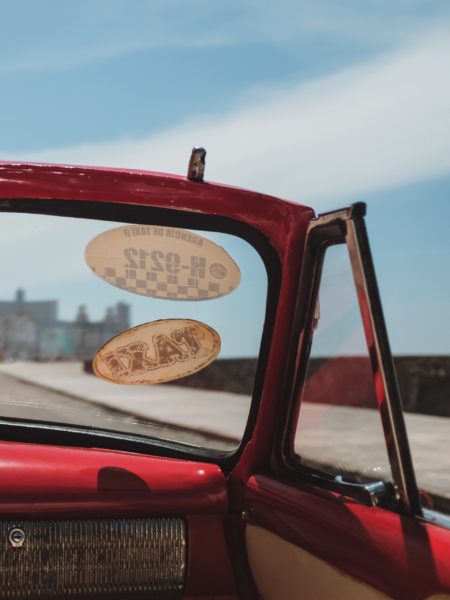 Window cleaners are the first point of action that most people go to when they want to remove stickers from their windshields. It makes sense, right? If the window cleaner is supposed to clean the glass, surely it will clean the sticker from it!

Some people have had great success with this method. Simply spray the window cleaner over the sticker and leave it for a few minutes to set in. If you’re cleaning your entire car, leave the cleaner for the entire time to give it the best shot of working.

Try to rub the sticker away with a cloth. You might need to repeat the process for particularly stubborn stickers, so be patient. A plus is that you’ll get a clean window as well!

This is another no-brainer when it comes to stickers, as they are in fact adhesives that need removing. If you’re going to invest in an adhesive remover for your windshield stickers, one thing we will say is to make sure you opt for a high-quality option.

Money-saving options might be less expensive, but they’ll also compromise the effectiveness. So, if you’re going to get an adhesive remover make sure that it’s a successful option.

Read the instructions and follow them to the letter for the best chance of getting the sticker off the first time.

If you’re looking for a homemade alternative that you can make by rooting around the kitchen cupboards, simply mix some baking soda with cooking oil.

This makes a great cleaning fluid that can be used for a number of different actions, and it’s also non-toxic so you won’t have to drive with the windows down for the next four months.

Add a couple of tablespoons of baking soda to a cup of oil and mix. Dab the fluid onto the sticker with a cloth and wait for a couple of minutes for it to work its magic. Then wipe the sticker and mixture away with a clean cloth.

Rubbing alcohol is also often found around the house, so chances are that you’ll already have the supplies for this method. Simply soak a cloth with rubbing alcohol and dab it on the sticker until the sticker is completely soiled.

Wait for a few minutes and try to remove the sticker with your nail or a stick of some kind. Use a gentle touch to avoid scratching the glass. Once the sticker is completely removed, make sure to rinse the area with a clean, damp cloth.

WD-40 is a product that is traditionally used to lubricate moving parts of a vehicle and protect the metal from rusting. However, it is also often used to remove grease and dirt from a lot of surfaces, so it stands to reason why you can use it to remove a sticker from a windshield.

Bear in mind that WD-40 is toxic if you breathe it in. don’t let this deter you from using this method, just make sure that you’re using it with good ventilation within your vehicle. Once you’ve finished using it, ventilate the car as well to prevent the WD-40 from being trapped within the car.

Another solution that can easily be found at home without having to spend any money is an ice pack.

Simply wrap some ice cubes in a towel and hold it over the sticker for a few minutes. This will allow the adhesive layer to freeze enough so that it can be pushed away from the glass.

The ice will be able to shrink the adhesive layer slightly so that it will pull away and loosen its grip on the glass. You should be able to get it off with a bank card or your nail. This method might take slightly longer than the others, but it’s inexpensive and easy to procure the supplies!

On the other end of the spectrum now, hot water can be used to do the exact opposite of what we just talked about above.

If the above method doesn’t work, you can try the next method of fighting fire with fire. Get an empty water bottle and fill it with hot water. You want the water to be as close to boiling as possible without melting the bottle and causing some pretty serious burns.

Add some dish soap to the hot water and pour it over the sticker. Continue to do so until the sticker is completely soaked and beginning to slide away. The hot water is melting the adhesive which allows you to easily be able to wipe it away.

This is rather messy and won’t work for the positioning of all windshield stickers.

Many people have had success with using a razor blade to remove the sticker from their windshields. Make sure to use a clean, new blade and one of the methods above to loosen the adhesive. Then take the razor blade and scrape away at the sticker.

Some people might be reluctant to use a razor blade on their windshield with the worry of scratching it, but as long as you’re light-handed and take your time with the removal, it should be perfectly fine to use.

A razor blade will also be much more effective and quicker than using a bank card or your fingernail.