A fuse is a low-resistance device that is able to protect a circuit from becoming overheated or overloaded. It is a small piece of wire that has been specifically designed to break apart and disintegrate when exposed to an excess of electrical current, and they are stored inside fuses boxes.

A fuse box can be located in various areas of a car and houses the fuses carefully inside. So, if something electrical in your car has suddenly malfunctioned or stopped working, it’s a good idea to start by checking the fuse box or contacting a qualified mechanic to take a look and diagnose any problems.

However, as many vehicles can have up to four fuse boxes all located in varying areas, it can be confusing to even locate the fuse boxes, let alone figure out which one contains the fuse that has blown!

To help you out, we’ve created this step-by-step guide which will help you to understand why fuses blow, how to locate them, and how to replace them. Let’s start. 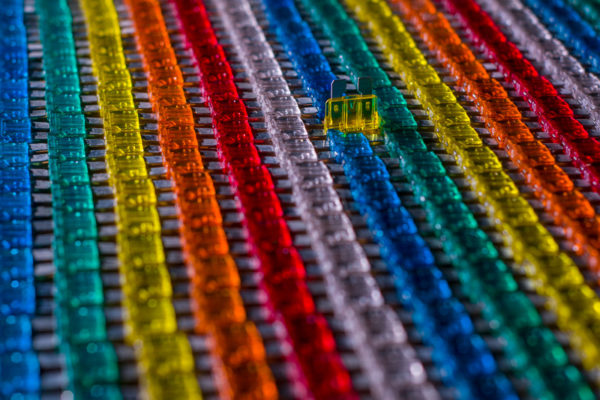 Why do car fuses blow?

If your car has a blown fuse, this often indicates that a short circuit has been caused by contact between two wires, or the contact between a power wire and your vehicle. However, this isn’t always going to be the case, and there are plenty of other reasons that can cause your car fuses to blow.

For instance, it may be down to one car part overexerting itself and using a higher current than it is supposed to, and this could be something as simple as a jammed windscreen wiper working twice as hard to try and get unstuck. It’s important to identify the exact reason as to why your vehicle’s fuse has blown so that you are able to accurately fix it so that it does not happen again.

In cars, the most common fuse to burn out is the 12v power outlet, which is the little cigarette charger often located just under the radio. This is often due to a mobile phone getting charged for too long via it, or due to a dime or other small piece of metal accidentally falling into the exposed power outlet.

What to do when the fuse blows

The number of fuse boxes a car has will vary depending on the model and manufacturer, although it is common for a car to have more than one.

The best way to locate your particular car’s fuse box is to refer to your owner’s manual, as this will let you know how many fuse boxes your car has and where they are positioned. It’s also let you know which fuse controls each circuit.

The most common places a fuse box will be located are as follows:

After you’ve located the fuse box, the next step is to visually inspect. Before doing so, it’s important to make sure that you’ve turned your car completely off for safety reasons.

Using your fuse puller or pliers, grab the fuse box firmly to remove it. After you have removed the fuse, take a flashlight in one hand (or ask a friend to help) and hold the fuse directly into the light so that you can check for any signs of breakage or damage. If you can see any indications that the fuse box has blown, you’re going to need to replace it.

Step 3: Use a test light

Additionally, if your owner manual does not have a fuse diagram or your car has more than one fuse box and you’re struggling to detect which one is the one that has blown, you can test each fuse individually with a test light. To do this, turn on your ignition and then turn the key to position two, which is also known as KOEO (key on, engine off).

Once you’ve located the damaged fuse box, it’s now time to replace the fuse with a new fuse that has the same amp rating. If you’re unsure of which fuse you should buy, you can go to your local hardware store and they’ll be able to inform on which fuse is the right one for your car.

After you’ve replaced the fuse, if you do notice that the same fuse is blowing repeatedly, it’s a good idea to seek the help of a qualified mechanic who will be able to inspect the electrical system. They’ll be able to help identify the reason as to why the fuse keeps blowing and then replace either the fuse box or fuse for you.