I’m sure we’ve all experienced those occasions where we have jumped in the car to embark on our daily errands only to find that the car is refusing to start. In many cases, this can be the result of a dead battery.

A car battery serves many purposes, not only does it power your car, but it is also the power source that enables your car lights, radio, and essentially everything in the car that is powered by an electric current to function.

It also stabilizes the voltage that your car engine runs off. Without a working car battery, you’re going to experience great difficulties in getting your car to go anywhere.

There are steps that you can take to maintain a functioning car battery and also signs that identify when your car battery is dying or dead.

If your car remains stationary for a prolonged period, this can often result in a dead battery as the battery isn’t being actively charged. The weather can also affect the functioning of a battery. 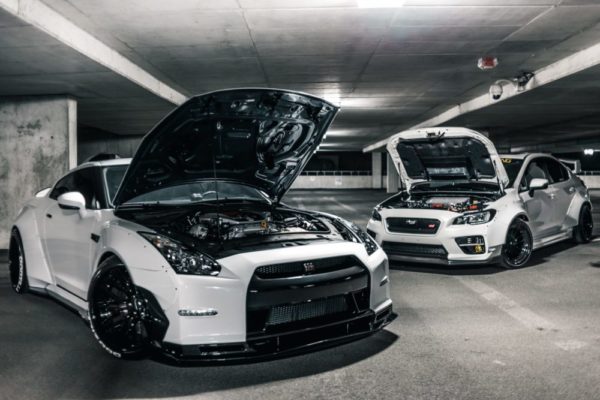 Signs of a dead battery

The engine turns over but fails to start

A common sign that your car battery is dead is when you turn the keys in the ignition and it turns over producing a cranking sound, but the battery doesn’t kick in meaning that the car fails to start.

This can also be identified as a ticking sound and while it may not always be the result of a dead battery, more often than not, this is likely to be the case.

The use of jump cables usually help to get the car running again, however, if this fails to work, you may require the purchase of a new battery.

The engine light comes on

When you turn your car on, the engine check light can also be a sign that the battery is either dead or about to die. This may be the case if you are certain that your engine doesn’t have any existing mechanical issues.

In modern cars, in particular, the engine check light can be a sign that the battery is beginning to lose its power and deteriorate in quality.

As the battery is the power source that enables the radio, lights, and windscreen wipers to function, the most obvious sign that the car battery is dead is if the car and these features don’t start at all.

This is the most common sign that enables you to determine that the car battery is dead as it doesn’t display any signs of life or starting. In some cases, this may also identify a possible issue with the alternator as well as the battery.

There is the presence of an unpleasant smell

The presence of an unpleasant or unusual smell can also be a sign of a dead battery. A worn battery can smell due to leaking gas which is caused when the acid and water evaporate from the engine and begin to overheat.

In some cases, this may even result in the presence of smoke. It is important to get to the source of this issue as soon as possible as it can lead to further damage occurring to the engine.

The battery has swollen in size

A swollen car battery is most commonly caused by overcharging. This ultimately heats the battery causing the build-up of pressure inside the battery which then causes it to swell in size.

This damage to the battery is often irreversible meaning that it is going to require replacing as it is not going to function sufficiently in powering your car.

The age of the battery

The age of your car battery can often indicate when it is likely to die. The typical life expectancy for a car battery is around 4 to 6 years.

It is important to pay attention to the age of the battery because when it reaches the 4 to 6-year mark you may begin to experience issues with starting your car.

It is worth checking your battery around this time to see how much charge it has left as this can give you a clearer idea in regards to how much longer the battery is going to last.

The headlights are dim

If you often find yourself driving during the night where visibility is low, fully functioning headlights are crucial. However, they can often become dim when the battery is low on charge or beginning to die.

This is because headlights depend on a charged battery to shine brightly. While this can be one of the most obvious signs that your battery is dying, it can also be dangerous and so it is important to have the battery checked out as soon as possible.

The alternator may be dead

In some instances, it may be the case that the alternator itself is bad. The alternator is the device that charges the battery and keeps the electrical system powered.

Some signs can help to determine whether the issue is being caused by a bad alternator or a dead battery. If the engine begins but then dies again soon after and the lights inside the car begin to fade too, this indicates that the issue could potentially be with the alternator rather than the battery.

It can be relatively simple to determine whether your car battery is dead and there are also steps that you can take yourself to prevent your battery from dying.

Of course, it is going to happen at some point as one battery isn’t going to power your car forever, however ensuring that your car is maintained can stop this from happening at a fast pace.

If your car is used on an irregular basis it is worth investing in a car battery charger which will help to prevent the battery from draining.

A car battery tester is also beneficial as it conducts a comprehensive test of the battery’s condition providing you with an understanding in regards to the current state of your car battery.