Opening the hood of your car to see that deathly greenish-white powder all over your battery terminals is awful. Battery corrosion can kill your battery if left unattended so when you see that powder it means that you have a fiddly cleaning job ahead of you.

As you scrub those terminals, cursing the corrosion you might wonder where on earth it came from. After all, the battery is protected from the elements, so what is its deal?

Well, look no further. We have the answers to all of your battery corrosion problems! 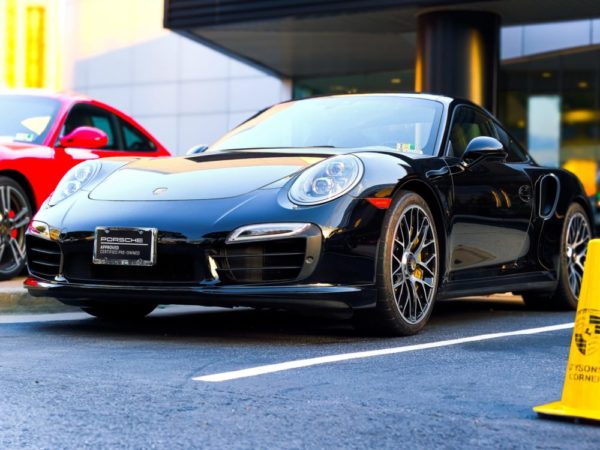 Unlike the external elements of your car, batteries aren’t typically corroded by the weather or the road elements.

Battery corrosion is a result of the chemical reactions that take place inside the battery.

Most batteries use sulphuric acid which heats up when in use and cools when the car is shut off. A byproduct of this chemical process is hydrogen gas. Now, the hydrogen gas has to go somewhere. It can’t just stay in the battery, that would be deadly!

The hydrogen gas is vented outside of the battery into the engine bay. Unfortunately, this also brings the hydrogen into contact with the battery terminal which is made of lead. The lead and the hydrogen mingle and create that whitish substance.

This happens more frequently than you think. Spotting corrosion doesn’t mean that it’s been there for a long time, it could be a recent deposit. Hydrogen is vented every time the battery is used.

Unlike the corrosion formed by vented hydrogen gas, which is a totally normal process, sometimes corrosion is caused by faults or misuse.

Batteries are designed to hold their internal stuff internally. Unfortunately, sometimes there are faults. Damage or malfunctions can cause the electrolytes to leak out of the casing.

When this happens the electrolytes come into contact with the terminals and corrosion forms around them.

The likelihood of this happening is a sealed battery unit is pretty slim, but if you have a battery that you have to top up with water then spillages and leakage are more likely.

Speaking of refillable batteries, overfilling the battery can cause corrosion.

As we’ve already discussed, this is a recipe for corrosion.

To avoid accidentally overfilling, you should make sure that you leave room for the liquid to expand. This happens when the electrolytes warm up. Most batteries reduce the fill level to give the liquid room to expand.

Basically, don’t go over the fill line and you’ll be good!

If you notice blue or green crystals on your battery terminal it means that the copper terminal rods are reacting to something.

If you’ve ever seen a copper statue, you’ll be familiar with the way copper oxidizes. When it gets exposed to water and air it turns green. The same is true for your battery terminals.

Sometimes rainwater gets in, there’s not much you can do to stop it. When this happens the greenish copper oxide crystals will form around the terminals. You need to clean them off to make sure that they continue to work properly.

Leaking battery acid will also cause the copper terminals to corrode. Usually, it is small amounts of sulphuric gas that leaks out of the battery and this is enough to cause those greenish-blue crystals to form.

Charging your battery is a boring, annoying process. You might want to go do something else while it’s happening. The problem is that this can lead to overcharging.

When you overcharge the battery the internal components heat up and they keep heating up. We already know that electrolytes expand when they heat up, so continuous heating will result in the electrolytes and the hydrogen gas needing to escape.

When this happens the electrolytes tend to leak out of the vents. After it escapes through the vents it comes into contact with the terminals and kicks off those chemical reactions that cause corrosion.

At some point, batteries need to retire. They aren’t invincible.

Batteries tend to have a 5-year lifespan. After this point, they will become less effective at doing their job. This includes keeping the electrolytes inside and holding their charge.

If your battery is corroding because of its age then there’s nothing much you can do except replace the battery.

How to Get Rid of Corrosion

Getting rid of corrosion is pretty simple. Basically, you need to use a solvent that can dissolve the corrosion.

The solvent doesn’t need to be expensive or branded. A mix of baking soda water should do the trick.

Before starting the cleaning process make sure the battery is switched off and unplugged. You do not want any nasty shocks!

Mix a few teaspoons of baking soda with water and pour it over the corroded terminal. Then you’re going to need a stiff brush like a toothbrush or a non-metallic scrubbing brush.

Give the terminal a good scrub with the brush and then rinse off with fresh water.

You can also use soda! Any soda that contains carbonic acid, which is pretty much all of them, will work as a solvent.

If you have a really difficult patch of corrosion, don’t scrub too hard! Leave the patch to soak in the solvent and come back later.

Corrosion is super annoying but when it’s caught early enough you can fix it.

What you do need to think about is what is causing the corrosion. Constantly cleaning away corrosion is going to get annoying.

If it is caused by a fault or misuse you need to address the issue as well as removing the corrosion.